Since 1945 people have come to Pineywoods to see God work in their lives and in the lives of those around them. When in August of 1945 the Executive Board of District II of the Baptist General Convention of Texas purchased 18 acres in Woodlake for $9,000, the miracles were just beginning.

The churches and pastors in the supporting area took it upon themselves to make sure the property was usable by the summer of 1946. Major repair or remodeling was needed in each of the three original structures (Main Dorm, Tabernacle, and a building used as a kitchen and dining hall), plus there was equipment to be bought and land to be cleared. Though it seemed rather formidable, countless hours of volunteer work from area lay people and pastors made the dream of Pineywoods a realization. …And so it began.

Pictures of the first summer are not available to us, but this photo from the boys camp of 1952 gives a good idea of what the Tabernacle looked like in the early days. The 1st camp season at Pineywoods boasted 842 people in attendance with 72 decisions; 11 conversions, 16 re-dedications, and 45 for vocational ministry. The program was very missions oriented, and stressed holiness in a believer’s life.

A “modern” swimming pool was one of the major attractions beginning in 1950. This $23,000 endeavor proved itself to be a good investment as it became the most popular pastime at the camp. Along with several new buildings, the decision was made to dam an existing ravine to create a 10- acre lake that became a favorite for campfire services and canoeing. These additions along with the tireless work of the volunteers from around the area helped bring the camp into its own as a growing ministry.

Camp was different then. For example, the campers paid $9.50 for the entire week with food and lodging or they could come for FREE if they camped out and cooked their own meals. 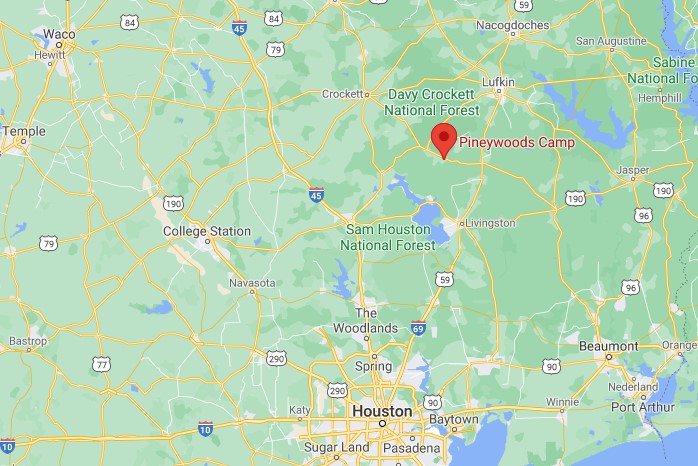